Mauritius has been in the limelight following ‘many’ events that were reported in international press. Bad publicity does not exist, they say but nonetheless paradise-island was somewhat hurt in what was relayed in the media. A bullet fired to our open wings. It does not matter, we still remain one of the world’s best destinations and no one can counter that. I think the island is worth some praise, despite our internal problems and pains – who does not have them? 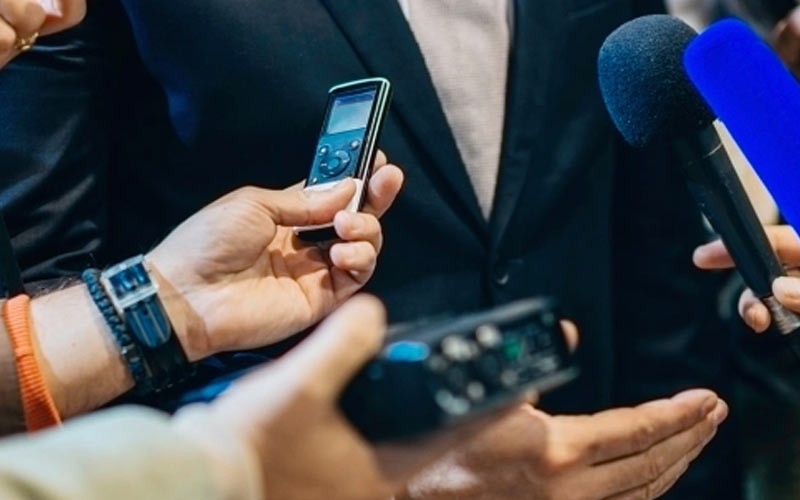 The first scandal that hit us was the murder of Irish personality, Michaela Harte. She was 27, murdered in a five-star hotel in Mauritius on her honeymoon. International press did not miss it and soon whole Ireland was against our island. Mauritians living in Ireland were victims of racial hatred and discriminations.

Mauritian police had to act fast and find the culprits. In haste, it got three persons in the nets. After weeks of trial, the jury found all three of them innocent and they were released. All of the three persons arrested were employees of the five-star hotel where Michaela spent her fatal honeymoon. These persons were at all times claiming their innocence and on several occasions declared they were victims of police brutality. They were forced to admit a crime they did not commit. Police was tagged as incompetent and denied of the glory it was expecting.

Ireland felt that its child was denied justice and this was clearly demonstrated by Irish Prime Minister’s declaration: “Justice is not done”. Then followed a systematic boycott against Mauritius, legitimate maybe but definitely understandable. Some travel agency displayed ‘No tickets to Mauritius’ on their windows. Mauritius was no longer in their hearts, clearly and bluntly.

The Board of Investment Scandal

One of the most reputed institutions of the country, the Board of Investment (BOI), was recently hit by a unprecedented scandal. The BOI promotes Mauritius as a business and luxury-living destination. It acts as a one-stop-shop to regulate, facilitate and encourage foreign investment in paradise-island. One of its core services is to coordinate, supervise and recommend application for residency permits submitted by foreigners who wish to invest or retire in Mauritius.

Apparently some of the BOI officers grouped themselves into a gang and were racketing ‘poor’ foreigners. The gang offered their own ‘services’ by delivering fake permits to their victims. Blasphemy! Investors applying for occupation permit through the official channel would be approached by these corrupted officeials and were called to pay some additional fees for an expeditious treatment of their applications. Victims would never doubt the seriousness of the proposal since this was being done on the premises of the BOI and by officers of the BOI. Enquiries led to the arrestation of a couple of BOI officers and the whole network was dismantled. It appeared that this gang was a well-engineered one.

This scandal almost blew away all the efforts done by the Government to position Mauritius as a worldwide business and leisure destination. We could sense the anger around; among professional consultants, Ministers and all those who are working hard to build the image of modern Mauritius. We could not afford to bear with this one, surely not. But the bullet was already out of the barrel and it had to cause harm. Whom do we trust now if fake documents are being manufactured inside BOI’s walls? Has the whole system shown its limitations and should it be pulled down?

I make it a point to mention that the Managing Director of BOI, Mr Ken Poonoosamy reacted with the calmness and intelligence, so essential in these types of situations. He did well; he reacted with a proper communication strategy which, in my opinion, reassured the international community of investors and professionals.

I’m not justifying the crime, but some brains & eyes cannot limit themselves to their job when they see too much foreign currencies moving near them. Some officers at the BOI (and their gang members) thought it was legitimate for them to have a bite in the foreign investments cake…maybe they thought that they were playing a very important role in handling residency permit applications and they deserved a greater share than their actual salary. The BOI, as an institution, did well do dissociate itself from these worms.

Since then, much has been done to restore the image of BOI and Mauritius as an investment hub. It all seems to be back on track again. Government announced recently that we are about to reach the Rs4bn figure in foreign direct investment (FDI).

CAP’s report was full of lies and baseless allegations. It hurt Mauritius, going as far as treating our country as an ideal host to arms traffickers willing to pursue their business in the post-September, 11 era. CAP put international media to its service and the information was relayed, verbatim, in some of the world’s most reputed columns. Local media was hooked along. Our local “do-everything to sell more papers” reporters had a scoop! Because it came from the US, it had to be true. CAP blamed a well-known Mauritian family of lawyers to be part of the ploy, accusing one of the members of this family (an actual Minister) to have played a game of influence and helped Russian mafia in reaching to their goals. Come on!

Gibson & Hills Ltd (yes, yes!), according to CAP is a company founded by Russian mafia to host their dark business in Mauritius. I thought I founded Gibson & Hills Ltd, but somehow because CAP is American, local press gave more credit to her words! LOL! Those local press reporters did not verify any of the information contained in the CAP report, and yet such information is readily available at the Registrar of Companies. A simple check would have revealed that Gibson & Hills Ltd was created by Nadeem Mosafeer (Me) in January 2008, and the Russians set foot in Mauritius only in 2011. I had to show those reporters my blogs with their 25,000 readers and ask them ‘you think that’s part of the Russian’s gameplan?’ . Many understood that it was all about a sensational lie from the director of CAP, Ms Kathi Lynn Austin… but many still had to be convinced.

We then issued a counter-report and blew away all those ugly, dirty and blatant lies that Ms Austin wrote in her report. We revealed the actual gameplan of Ms Lynn. She claimed that the Russian investors (our clients) were lieutenants of Viktor Bout, the famous arms dealer. In her report, she tries to defend a crook (a Mauritian) who was arrested for swindling the Russian investors of more than Rs10 million. Ms Austin went so far as accusing local police of incompetence, and claiming she held a truth that Mauritian authorities did not care take into consideration: The crook was a gentle and innocent guy, the victims of the crook were the real big bad wolf! Guts and foolishness.

Ms Austin’s aim was clear, and we wrote it clearly in our counter report:

CAP had to show that even harmless countries like Mauritius could play an active role in arms trafficking. Therefore it was essential to implement an Arms Treaty.


CAP was about to make itself known to the world with a brilliant work, a sensational report revealing hell business in paradise-island.
CAP shows that it is a very serious NGO and this can bring further blessings from investors.
As for the Mauritian crook, he would see all those legal entities held by the Russian collapse and he would no longer be held accountable for the massive frauds he committed. Obviously, we came to know that Ms Lynn and the Crook were actually friends on facebook and it was clear that :

The Crook gave biased information to CAP, and CAP would play in favour of the crook.

Now here is the real story. The Russians wanted to invest in a charter airline business to serve the islands of the Indian Ocean. The crook informed them that he was holder of an Air Operators Certificate (AOC) and could help them set their planes take-off faster than they planned. The crook took over USD400,000 in the process, but never showed the original(AOC to the investors. When the Russian enquired with competent authorities, it was discovered that the AOC was a fake one. Russian complained to police, crook arrested. Crook humiliated, crook seeks vengeance. Crook hooks CAP and CAP gets traps in a sensational but false story ! Full-stop, that’s what happened.

CAP and director Kathi Lynn are nowhere to be found. They have been called to answer on different parts of their report by local authorities; no signs of life on Mars.

All of the above events had a serious impact on the image of Mauritius. Still, the hard-work and endurance of the Mauritian population in general outplayed those negative impacts. Mauritius will continue its progress; its leaders have a vision and are determined to work towards our goals. We will succeed. As one of the top performing economies of Africa, paradise-island will not abandon the playfield. For those who are not aware, we successfully shifted our economic pillars from agriculture to textile, we had the same success when we implemented tourism & textiles… and now we are moving towards being a leader in worldwide finance and services industry.

What upsets me is that those who are doing everything to hinder progress will be the firsts to claim a share of success, when success will be.