The annual budget speech of Minister of Finance, Xavier-Luc Duval, reveals a very promising future for Mauritius. Government confirms its strategy to transform the country into a business center of excellence. 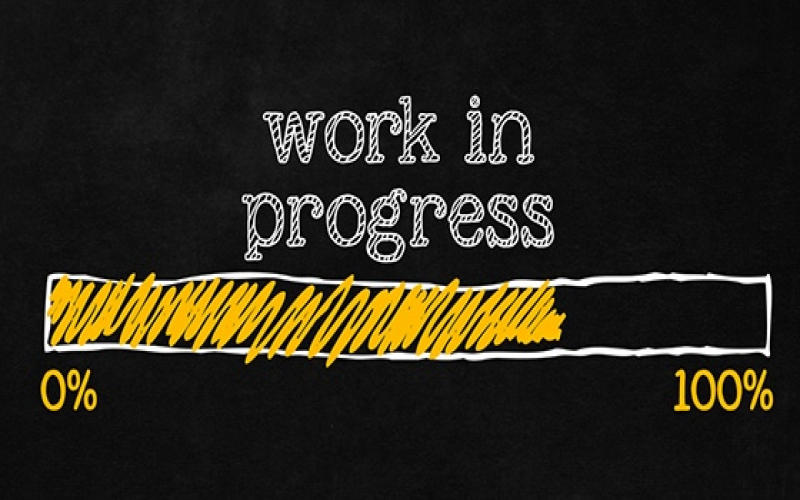 The Minister has so far produced excellent results, no doubt he has been voted as the Best African Minister of Finance for the second consecutive time. As a Chartered Accountant of high repute (I’ve been lucky to work along his side for a couple of years), Xavier-Luc has shown a no-nonsense approach to finance management during his tenure and he maintains his reputation in this field.

Through this budget speech, Government lays down its vision of future Mauritius, without casting its eyes off today’s hardships and the general difficult financial context. This budget does not simply aim at devising strategies to tackle external factors or to adjust to the international situation or keep pace with economic trends. No, this budget aims at building a new Mauritius. There is an intelligent mix of bold decisions and prudence. Delicate issues have been treated with a good dose of sense, logic and vision.

I won’t go into a financial or sectoral analysis of this budget (sorry, you might be disappointed) as I believe there is enough coverage of same in the press and on the internet. I’d rather concentrate on announcements that may affect those relocating or already residing in Mauritius under a residency permit. You still can contact me in private if you need advice (or my opinion) on other points raised in the budget speech.

Well. Mauritius ranks among the best business destinations of the world (http://www.doingbusiness.org/data/exploreeconomies/mauritius/). Foreigners living in the country will confirm that they enjoy, amongst others:

a good business oriented environment,
a stable country (political, social and even climatic)
a pleasant population with no signs of xenophobia against foreigners
a well-defined & modern legal system
a low fiscal regime that favors business initiatives
modern work and residency permit schemes to attract foreign capital & expertise
a generally pleasant country with breathtaking views & world’s best beaches (did I go too far here? No, I don’ think so)
With no natural resources and the removal of guaranteed quotas on our sugar (and afterwards textiles) – Mauritius had to find new ways to continue its development. Different economic activities were introduced; tourism, financial services, textiles, ICT / BPO, etc. Foreign investment and expertise were thought to be essential elements that would ensure a proper development of our island into a world-class business hub. And it was true!

The introduction of Business Facilitation Act 2006 and the creation of the Board of Investment led to unprecedented uplift in both our domestic and international business sectors. Foreign Direct Investment (FDI) reached interesting peaks, confirming on their way that Mauritius was appealing to the international community of entrepreneurs. We had to capitalize on this and we are just doing this. It serves to purpose to attract foreign investment if we have no vision or strategy for the future. Strategy & vision, our decision-makers have them. There were also the dangers that every nation faces when it opens its doors to foreign investment or inwards migration. Striking the right balance is crucial and in my opinion, Mauritius is doing marvelously well in this field. We have a selective approach to the immigration of capital and competence. Of course, no system is fool-proof but is good enough when it offers a comfortable level of security, both to authorities and to the common Mauritian. No one would want an invasion of foreign currency to kill his local money, and neither a massive immigration of expertise to drown the (highly and/or newly) trained local workforce. On the other side, the selection process should not be a hindrance to those who are serious about investing, retiring or working in Mauritius. The right balance, yes, this is the key to success.

There were different times (or periods) where we faced serious problems and the dangers of unfiltered immigration. Of course, these were teething problems. Clairvoyance, intelligence and improvement had to come into play and they did.

I love to highlight the Mauritian team spirit, whenever it appears. And here, is an opportunity to salute the common efforts made by both Government and the private sector in turning strategy into concrete results. Success, because it is, would not have been possible without participation of banks, management companies, consultants, financial services and others.

Success is not a destination in this kind of strategy. It is a milestone which leads to another one. Government’s objective, as announced in the budget, is to rank Mauritians as one of the highest income earners of the world. Yes, we can! Before I get too political or emotional, let’s have a look at the broad measures taken to further boost the local business environment.

The contribution of foreigners in the development of Mauritius is not questionable. Mauritians do not have any problems in sharing their country with non-Mauritians either. There has been no sign of xenophobia against businesses operated by foreigners despite the additional competition that they bring to our soil. This excellent socio-political feature of Mauritius added more sparks to the different schemes created to attract foreign investment and competence. Government now wishes to enhance the already avant-gardiste business legislation to support investors, actual and future.

Many expatriates and investors have been living in Mauritius without the possibility to own their residence. In fact, foreigners could only acquire residential properties classified as luxury through the RES and IRS schemes. The restrictive price tag (which confirms the luxury status) was not accessible to each and every expatriate living in the country. We had to find the right balance in opening residential property to foreigners while eliminating negative impacts on Mauritian. Dollars and Euros may put pressure on our small Rupee – so we did not want real estate prices to catch a high that local people would not be able to match. Foreigner’s access to real estate has always been a very delicate issue. The right balance has been found, in my opinion, again.

Investors holding an Occupation Permit (having invested a minimum of USD100,000 in their business) and professional earning more than USD3,000 a month can now purchase an apartment in any complex having ground +2 floors. This allows expatriates to own a residential property and avoid eternal rental. Since Mauritians are not too enthusiastic when it comes to high-rise living (we prefer our garden), it was very intelligent to direct foreigners to these types of accommodation. On the other side, it was quite a strange thing to see so many upmarket apartment complexes being built, particularly on the highway to Phoenix. There are three of them, literally one next to the other. I first thought that these were doomed since the promoters would never reach decent percentage of occupation through Mauritians. Government saved them! Lobby or not, I find this move a very intelligent one. On one side it rewards those who contribute to the success of the country and on the other one, it helps local real-estate developers in their business.

Another brilliant announcement: extension of permanent residency to investors. The only way to obtain permanent residency was through acquisition of villas under the RES/IRS schemes, worth a minimum of USD500,000. This was a paradox. Investors who put that same amount of money in developing businesses (and eventually creating employment) did not have access to permanent residency. Now this has been corrected. Investors can now apply for permanent residency if they invested at least USD500,000 in qualified sectors (construction, banking, insurance, real estate development, ICT, tourism, manufacturing, healthcare, education, and many others).

It is worth mentioning that Permanent Residency is not actually permanent. It is in fact a residency permit for 10 years, renewable. We should watch how this affects the Naturalisation scheme which allows investors (+ USD 500,000) who spend more than 3 years in Mauritius to apply for citizenship. I presume amendments will follow, as it always does.

As we can see, the Government is polishing and improving the schemes to further attract foreign investors. In fact, it going well beyond that by rewarding those who are already here through a better access to property. It is even catering for a petty but yet essential point, the age of dependent children. This has been revised from 18 years to 24 years old (I see someone out there jumping with joy)

My observation is simple: authorities have relayed the usual grievances of expatriates and this has been tackled in an intelligent manner by the Government. Like any other things in life, foreign investment should be tamed, understood and kept under control. Only then we can benefit from its positive sides and mitigate risks and reduce the dangers. Up to now we have been very careful, working each step carefully before moving to the next one.

Mauritius has always survived difficult phases of its life through the vision of its leaders. When sugar cane was hit by the dangers of commercial extinction, the country introduced the textiles industry. It changed the local social context; women, usually confined to house chores were leaving their home for work, unbelievable! And then textiles started to take the blows (elimination of quotas and birth of monster China). We had to adjust again, and there came tourism… and again tourism was hit, we created one of the best financial services of the world. All the above economic sectors are still operational and blend into the broader economic picture to make Mauritius a versatile & modern business center.

Minister of Finance stated that it will take 6 additional budget exercises (6 years) to transform Mauritius into one of the highest income earners of the world. This is not an illusion, it is achievable and right now it’s work-in-progress.

Minister of Finance stated that it will take 6 additional budget exercises (6 years) to transform Mauritius into one of the highest income earners of the world. This is not an illusion, it is achievable and right now it’s work-in-progress.